What is the best alarm sound to wake up to, according to scientists?

Around 500 BCE, Pythagoras posed a similar query. He thought that certain songs, with their energetic melodies, could counteract the drowsiness that waking might bring. And it seems like he had a point. Recent studies have revealed that some alarm sounds can actually increase our alertness when we wake up. Alarms with “tunefulness” in particular, such as ABC by The Jackson 5, have melodies that energize the listener and are excellent for effective waking.

But in order to comprehend why this is the case, we must first comprehend how our brains react to challenging stimuli when awakening from sleep.

Need to wake up on time.

Nothing feels wrong when you awake lightly. Our cognition and mental performance can be impacted by how we wake up in addition to our mood and outlook for the day.

In some situations, feeling groggy after waking up has the potential to be dangerous several hours later by impairing our ability to make important decisions (like in a hospital setting, during an emergency, in a public place, or while driving, for example). Sleep inertia is the term used to describe this cognitive state of decreased alertness. As it can have serious consequences while performing high-risk tasks like driving, it is a growing source of worry.

Scientists reveal the BEST alarm clock sound to use in the morning to quickly banish sleepiness.

What causes the brain to awaken?

Brain imaging techniques have shown that the transition from sleep to alertness does not rely on an on/off switch-like system. The biological processes involved in waking up are intricate and include increased blood flow to the brain. According to studies, the prefrontal cortical regions of the brain, which are crucial for alert performance, take longer to “start up” than other regions of the brain, like the basal ganglia, which are crucial for arousal. So even though you may be awake, you might not be fully present.

The degree of sleep being experienced at the time also affects alertness when waking. As opposed to waking up from a deeper slow-wave or REM sleep, light sleep is less likely to leave you feeling groggy. Theta wave frequencies, as determined by the electrical activity of the brain, indicate a stage of light sleep, which is sometimes accompanied by drowsiness. Awakening from this stage of sleep can occur very quickly in response to outside stimuli like an alarm clock.

In contrast, delta wave frequencies, which are connected to unconsciousness, are present during deep sleep or slow-wave sleep. The hardest sleep stage to fully awaken from is this one.

Age affects how well alarms work. Preteens need an even higher threshold than young adults, who need louder alarms than young adults between the ages of 18 and 25. At 18 compared to 80, you might need an alarm that is up to 20 decibels louder.

How significant are sound frequency and tune?

However, what exactly is the best option when selecting an alarm? Different alarm sounds may have a positive impact on how well people perform after waking up, according to a growing body of research. 2020 saw the publication of our systematic review, which found that temporal frequencies (the pitch of the sound as measured in Hertz) around 500 Hz are more potent at rousing young children than varieties at 2000+ Hz.

The same alarm types are thought to be advantageous for adults, though there isn’t enough research to say whether this holds true for them as well.

Higher frequencies are less effective than voice notifications, like someone shouting “wake up!” They are not as effective as 500 Hz tonal beeping alarms, which come pre-installed in the majority of mobile phones, though.

Additionally, our study investigates the functions of musical elements, particularly melody, in promoting alert wakefulness. We discovered that how people perceive the “tunefulness” of their alarms also indicates how sleepy they are when they first wake up.

In this situation, people will feel less groggy if they use alarm clocks with music they can easily hum along to than if they use a standard “beeping” alarm.

In order to address this, we created a unique rhythmic melody that, when compared to conventional beeping alarms, significantly improved performance both during and after waking.

Our goal in creating this test alarm tone was to improve alertness and lessen morning drowsiness. In accordance with other studies, listening to melodic popular music after a brief nap is beneficial for preventing sleep inertia, and this benefit increases if the music is something the listener personally likes.

How can my wake-up alarm be improved?

How does this affect our daily lives? In light of everything said above, we think the ideal alarm should sound like this:

Keep in mind that younger people or people who tend to sleep deeply should be woken up by a louder alarm.

We need to do a lot more research in this area, especially given how commonplace default alarms are on our devices and how recent this field of study is. So, we predict that the number of custom alarm downloads will rise over time.

The majority of built-in alarms will wake you up when they are set to the right volume, but some designs (like the one above) have been created based on the most recent research to increase alertness while also encouraging arousal. 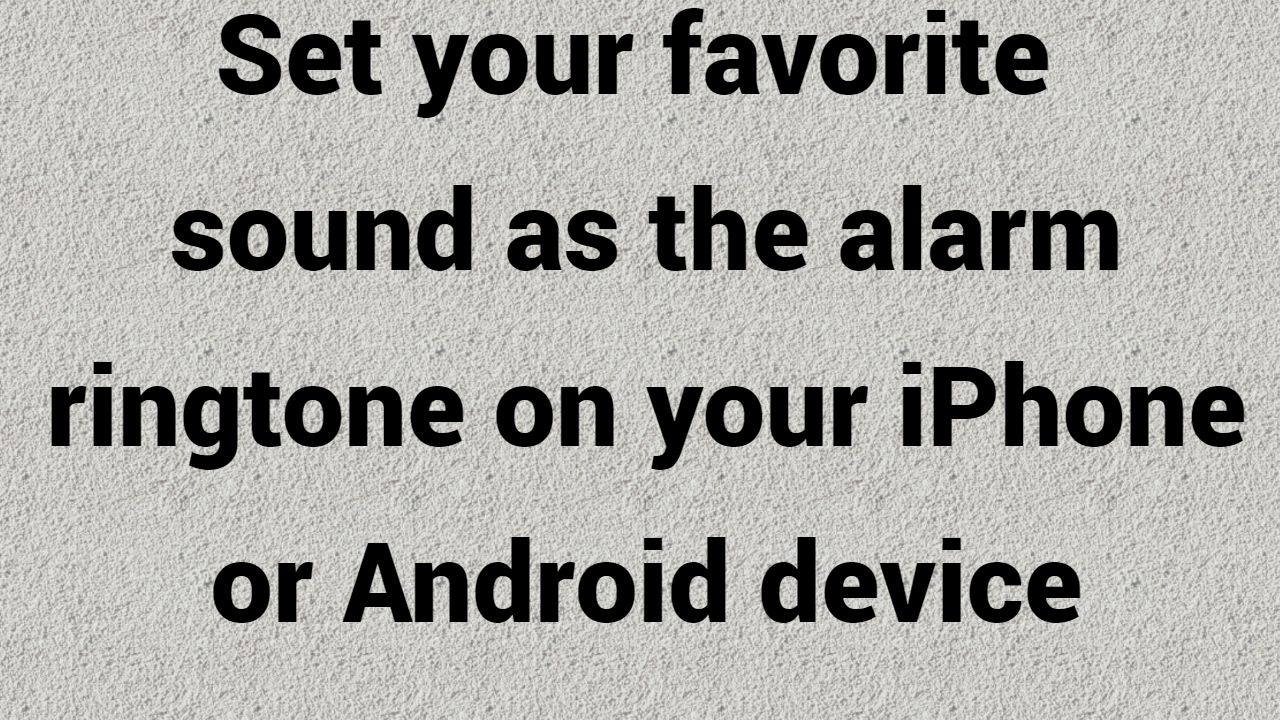 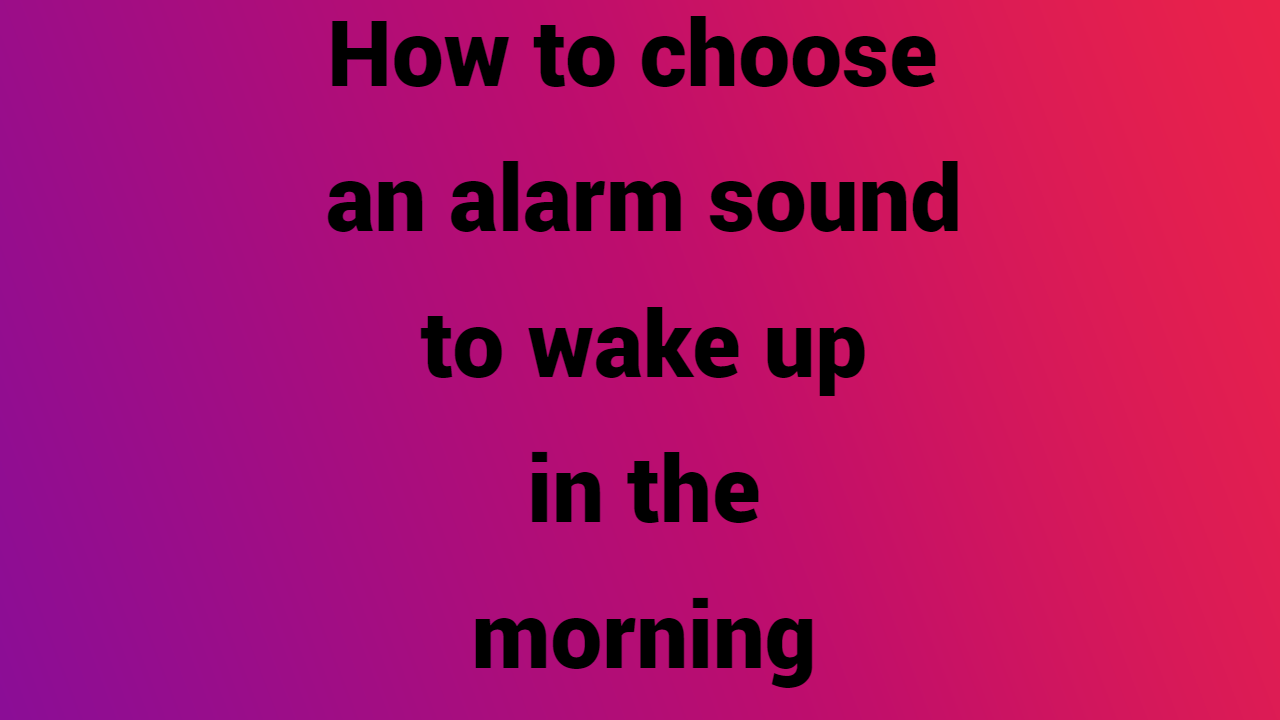 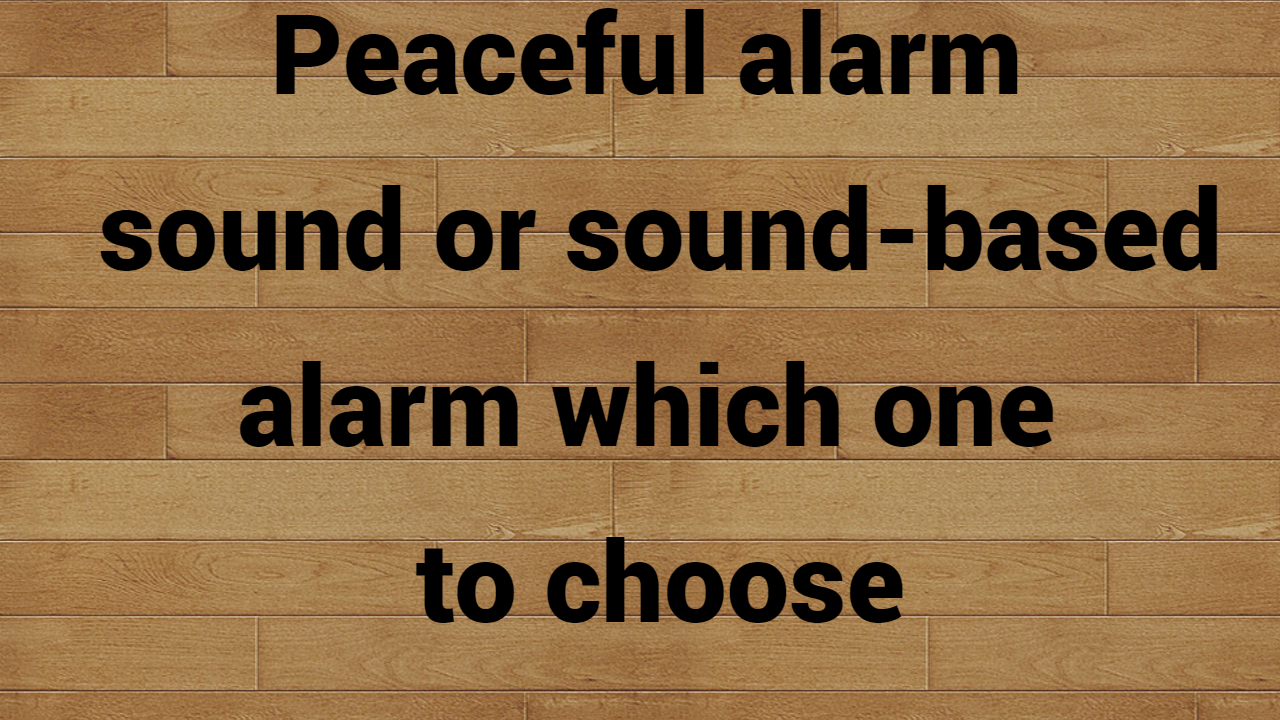 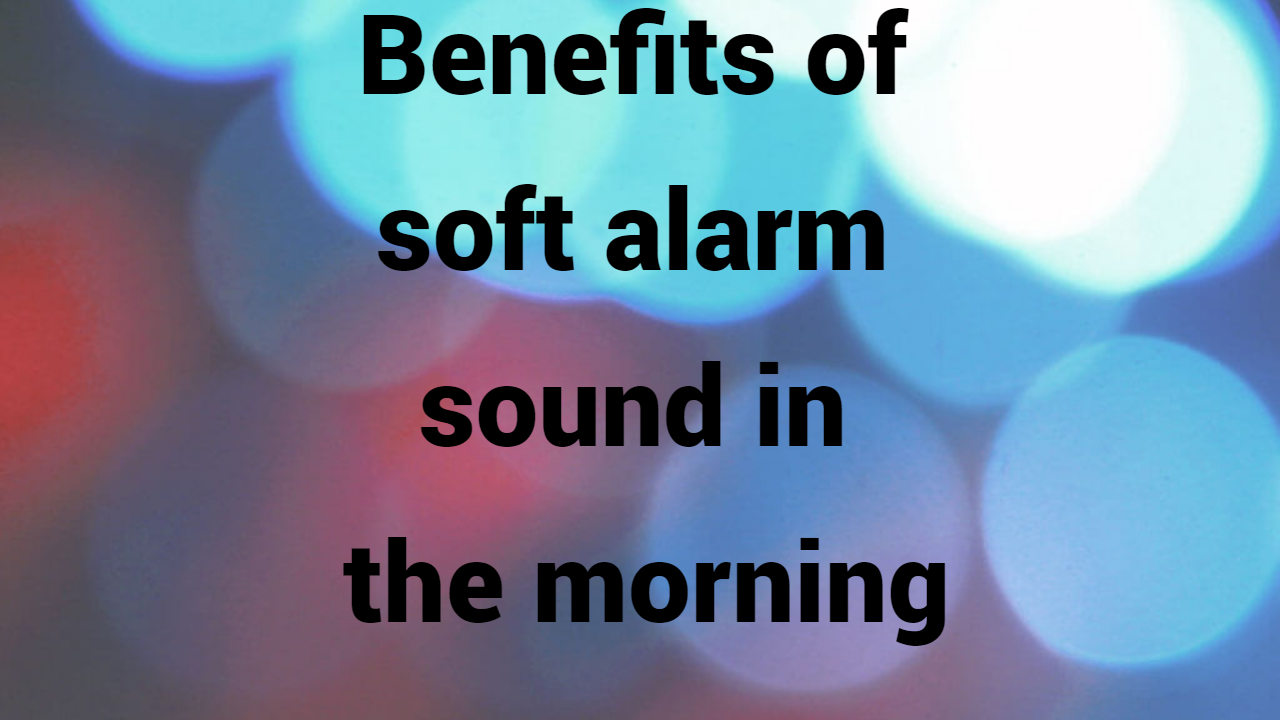 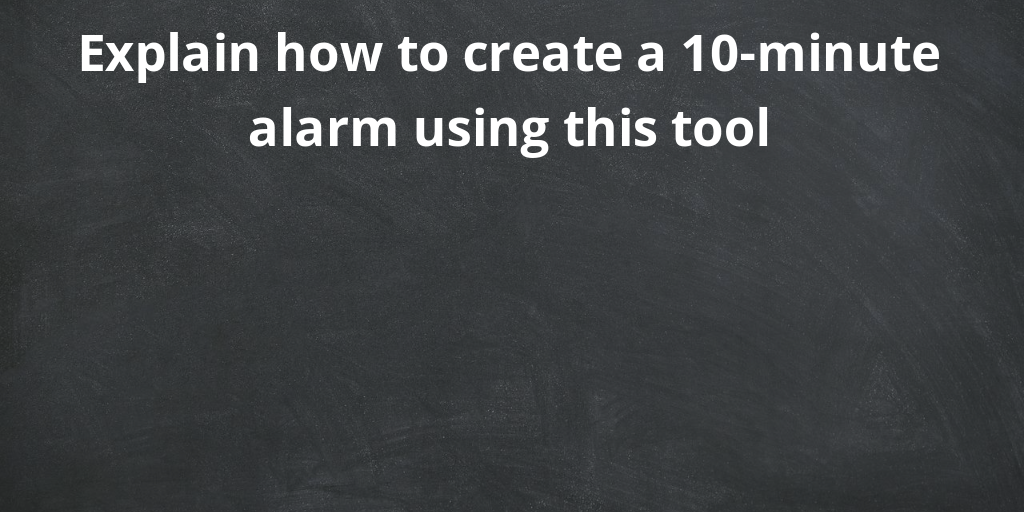 Explain how to create a 10-minute alarm using this tool 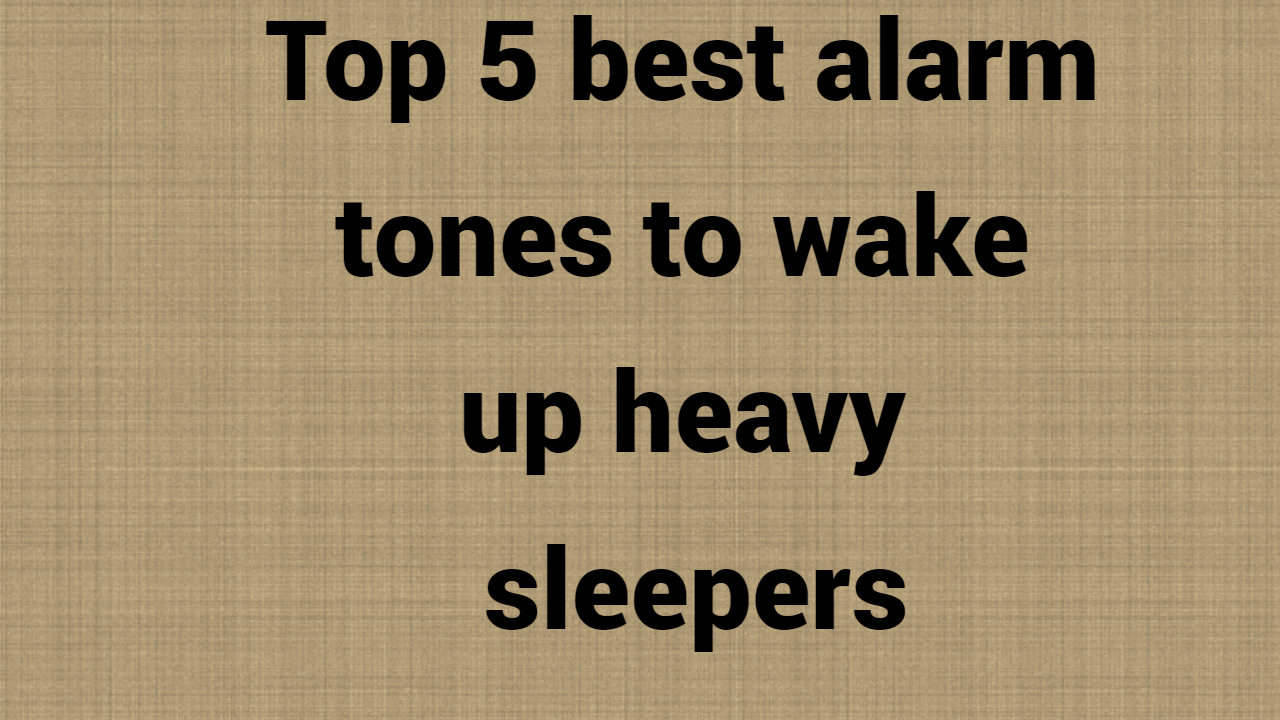