The Purpose And Benefits of Alarm Clock in Getting Better Sleep

Nikita Gupta
Nikita is an aspiring MBA graduate, who loves creating content. She loves reading and watching anime. She is into other languages and currently learning Spanish, French and Japanese. Her favourite timepass is solving sudokus.

Who invented the alarm clock and when and how

Plato is reported to have gotten up early one morning with an ingenious gadget that employed draining water to signal a whistle when the contraption filled, allegedly inspiring the invention of later mechanical timekeepers. For millennia, church bells have awoken communities for morning services, and mentions of chiming clock towers in Europe designed to alert citizens of the time can be found in the 1300s.

Later, in the 18th century, burgeoning industrial firms relied on a punctual staff, and would deploy morning whistles to wake up adjacent workers. Some communities and businesses even used “knocker-ups,” or workers who went door to door delivering wake-up calls.

Despite the fact that alarm clocks have been around since the 1500s, it wasn’t until the 1870s that the mechanical wind-up form became popular in private residences. With the inclusion of amenities such as radio receivers, cuckoos, snooze buttons, and more, this fixture established its place in the bedroom. Light-based alarm clocks, clocks that run across the room, and even phone apps are all part of the modern alarm clock’s evolution.

How morning alarm help us

Alarm clocks have been used for ages to solve a real problem: making sure we get up on time. Their value is apparent, and many of us would struggle to get to work every day if we didn’t have one.

Each morning, a person should be able to wake up on his or her own. These are the people who set an alarm but wake up a few minutes before it goes off, as though their brain anticipates being awake at a specific moment. The person who need two or three alarms to wake up, on the other hand, is the exception.

Our hectic schedules, as well as external influences such as cell phones, televisions, tablets, streetlights, neighbourhood noises, and a variety of other stimuli, can disrupt our sleep, causing our bodies to crave more sleep and leaving us groggy and exhausted when we wake up.

Benefits of an alarm clock

Many of us would oversleep and be late for work if we didn’t have alarm clocks. As appealing as sleeping in sounds, we often have to face the hard reality of being on schedule. Whether you want extra sleep or not, deciding on a specific time to be there can be vital for businesses and schools to run efficiently.

Bringing Sleep Schedules Back to Normal

Alarm clocks can also help you stick to a regular sleep routine. Our internal biological clocks benefit from waking up at the same time every day. Using an alarm clock might help you maintain a consistent schedule and regulate your sleep patterns.

Some people don’t set an alarm and instead check their clock when they wake up in the middle of the night. This can create anxiety and make sleeping difficult. In this instance, setting an alarm will provide a sense of security throughout the night.

How to Wake up on time

The term “sleep hygiene” refers to habits that have been demonstrated to aid in better sleep. These include eating a well-balanced, nutrient-dense diet and drinking lots of plain water throughout the day.

Avoid stimulants like caffeine in the evening and limiting alcohol use in the hours leading up to bedtime.

Get some light and exercise on a regular basis (for Vitamin D).

Sleeping in a room with a cooler temperature and a comfy mattress and bedding.

Before bed, limit the use of devices such as smartphones and televisions, and keep bedrooms as dark as possible.

2. Give yourself plenty of time to get ready for bed.

Take a look at how much sleep you’re getting if you can’t get out of bed without an alarm clock or if you’re drowsy after waking up frequently.

Do you require the use of an alarm clock? That suggests you’re not getting enough sleep to repair your brain and body to optimal efficiency. When you don’t get enough sleep to clean up your brain, your job will suffer. You’re working as if you’ve had a couple of drinks. Without restorative sleep, judgement, creativity, and self-discipline are all compromised.

When sleep experts recommend seven to eight hours of sleep, they are referring to genuine sleep, not just time spent in bed. If you have a tendency to take a long time to settle in and relax, include that into your bedtime schedule.

3. Stick to a regular schedule and avoid snoozing.

If you’re one of the many people who can’t get out of bed without using an alarm clock, you might be surprised to learn that we all have an internal alarm system. Researchers discovered biological processes that tell the body when it’s time to sleep and when it’s time to get up.

Maintaining a consistent bedtime and wake time is the greatest method to promote this natural pattern. For example, people who keep a regular schedule may discover that they wake up before their alarm goes off.

However, ageing, changing schedules, and travel are all factors that might throw our internal clocks off. Alarm clocks aren’t all awful, and for many people, they’re essential for keeping a regular routine.

How to set an alarm in alarmsetter.com

You will see the current time on your screen and a SET ALARM option.

Set the time as and when you want.

You also get to choose the sound to which you want to wake up to. Alarm setter provides a number of options including Xylophone, Rooster, Classic etc.

Once you are done with the settings click on set alarm and you are good to go.

Things to keep in mind!

DO NOT CLOSE THE BROWSER TAB AFTER SETTING THE ALARM. 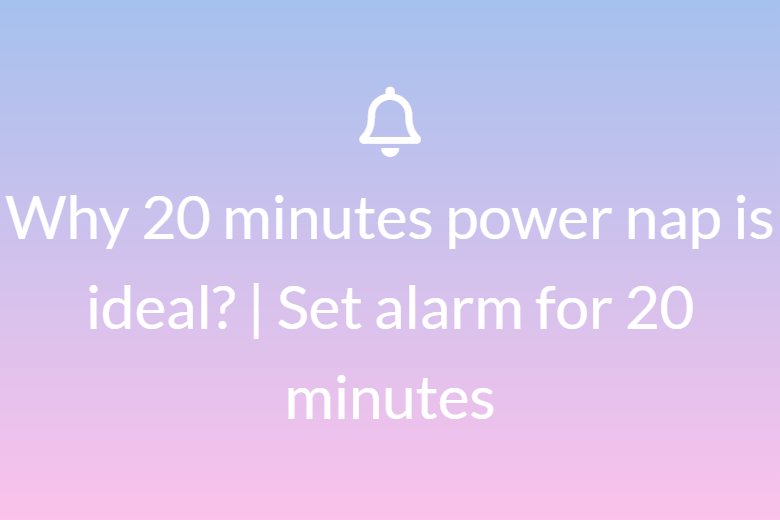 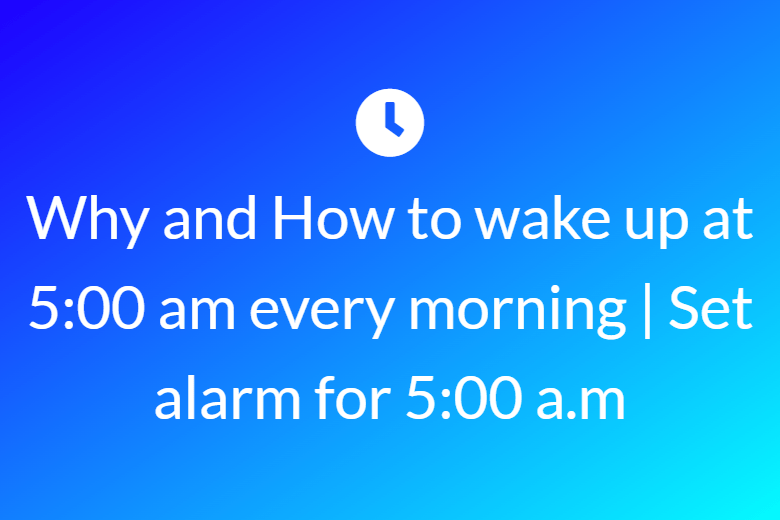 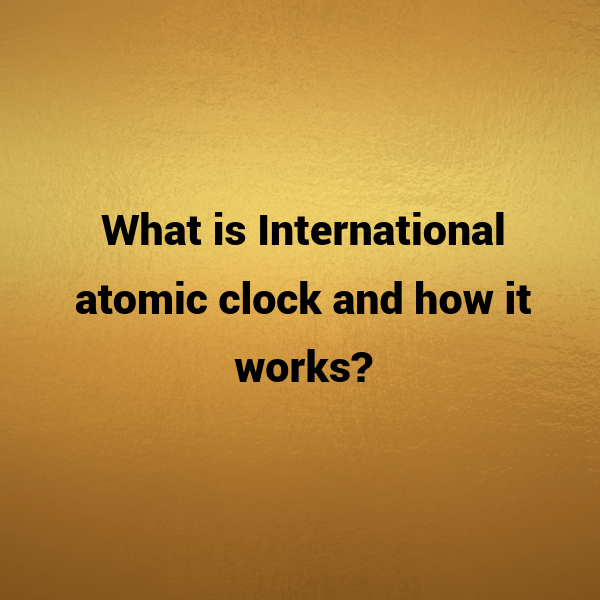 What is International atomic clock and how it works? 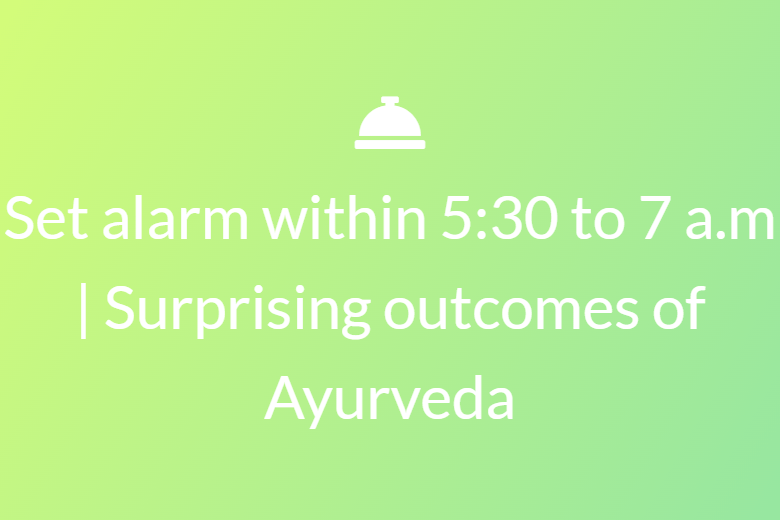 Set alarm within 5:30 to 7 a.m | Surprising outcomes of Ayurveda 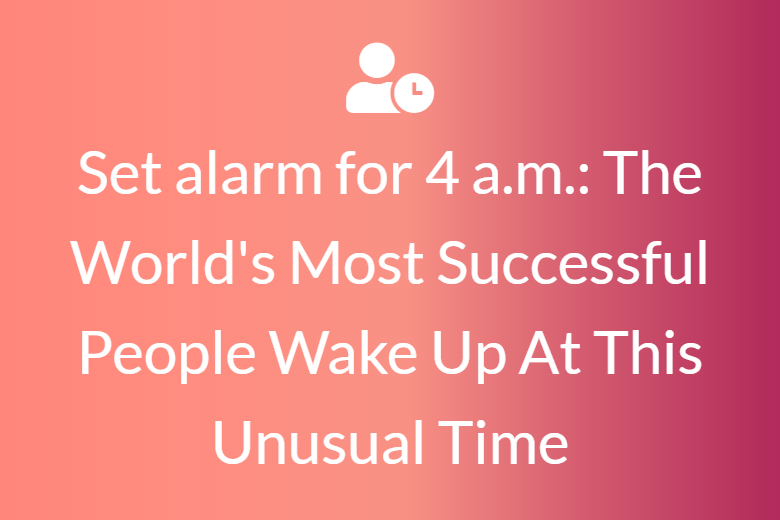 Set alarm for 4 a.m.: The World's Most Successful People Wake Up At This Unusual Time 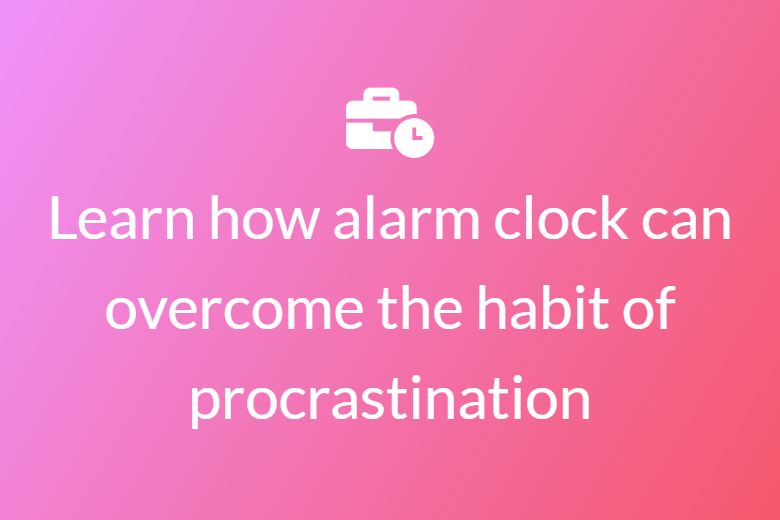 Learn how alarm clock can overcome the habit of procrastination